The Pride of the Tribe

The Inagakuen High School Band is coming to visit from April 2nd to April 4, 2016. Here is some background information about our visitors from Japan: 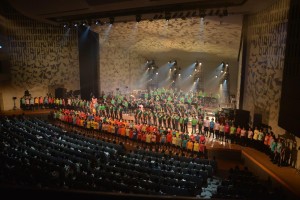 The Inagakuen Wind Orchestra, established in 1984 with the school’s founding, earned 13 Gold ratings during their 17 successive appearances at the national final All Japan Band Competition and numerous prizes at the All Japan Ensemble Contest and All Japan Marching Contest. The wind orchestra has also appeared in television specials.

In 1998, the wind orchestra won “Highest Honors” awards at music festivals in Schladming, Austria and Saas Fee, Switzerland. At the 27th Vienna International Youth Music Festival it placed first in the wind band division and was awarded the Vienna Grand Prix, and in recognition of their achievements received commendations from the Governor of Saitama State. The band was awarded Grand Prix at the 15th Pacific Rim Music Festival in Honolulu in 2000. In January of 2003, Ina gave a one week concert tour of Florida as guest ensemble for the FMEA All-State Convention, repeated in 2006, 2012 and 2014 due to overwhelming popularity. This is the band’s 7th Florida tour. 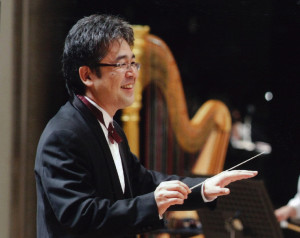 Inagakuen Wind Orchestra presents numerous concerts annually for as many as 15,000 audience members in a year. The 250-member club (including the school’s junior high school section) ambitiously works under the wise motto “Let’s Play Music.”

Want to help support our band?